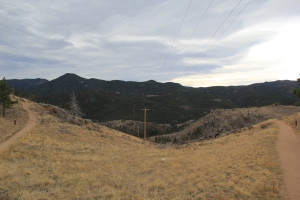 Trail Length:  7.6 miles officially ( My fitbit said 9-ish miles but we spent an hour taking pictures at the falls or rapids).  It took us 4 hours to complete, not including the hour we spent taking pictures working on our water shots.

Trail Uses: Hiker, Biker and Horses but there is one tricky part that is probably not meant for a horse.  There were more bikers than anything else

Degree of Difficulty:  Moderate and one part could be considered strenuous.

Bathrooms:  Yes, at the trailhead

Pets:  Yes but they must be leashed, again there is one tricky part that might be really hard for a dog to do or a dog owner to watch their pet get through

We came across this trail when we did Eldorado Canyon Trail back in August and actually did a small part just to see the South Boulder Creek and get some water pictures on a hot summer day.   I found it in one of my books a few weeks ago and decided it was right for this weekend.  The weather was supposed to be sunny and almost 70 so I felt pretty safe driving a little further into the foothills.  It never did get sunny or up to 70 but the weather really was perfect.

The loop starts at a nice sized parking lot and you can go either way on the loop: 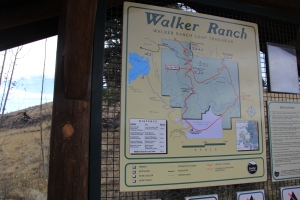 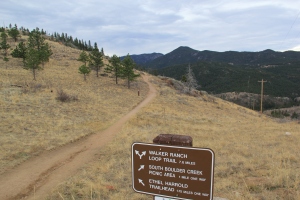 It is recommended you go clockwise as it makes the trail a little easier, but I guess I didn’t know which way was clockwise so I went left thinking I was at 6 and left was clockwise…..it wasn’t.  I realized it when we hit the first trail marker and it indicated 7 miles to go.  This is the first trail we have done that had mile markers, I haven’t decided if I like it or not but it was different: 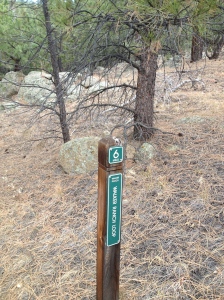 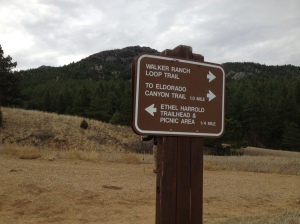 The trail itself was mostly wide enough for 2 people to walk side by side or make for easy passing, but this stretch it goes to almost road-wide all the way to the South Boulder Creek. 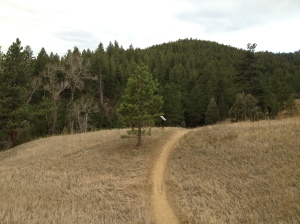 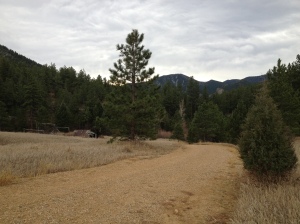 The descent we did was I think almost 900 feet over about 2.6 miles and then we got to the South Boulder Creek and immediately started climbing back up (after spending an hour playing with our cameras, I will have a few favorites at the end).  We always stayed on the Walker Ranch Loop and it is well-marked. 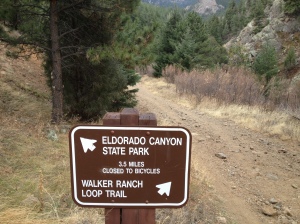 After we crossed the creek we followed it for a short distance then had to climb these stairs: 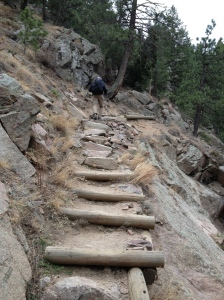 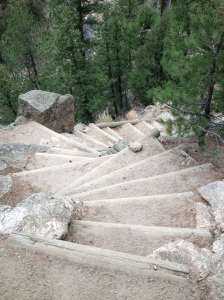 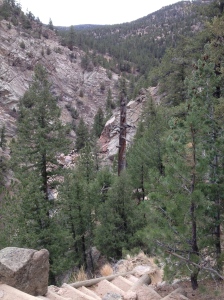 This is the part I think is strenuous and while going up is the harder workout, I don’t think going down would be all that much easier as some of the steps are very far apart.  It made me always want to go left at the trailhead to be honest and climb these instead of ever having to go down them.  Watching the bikers carry their bikes down made me stressed for them!

From the top of the stairs, we continued to climb at a much easier pace and then turned around the mountain and stared our decline with around 3.5 miles left ( according to the mile markers).  We went all the way back down to the South Boulder Creek and crossed over it again.  There are some great picnic areas all over this trail. 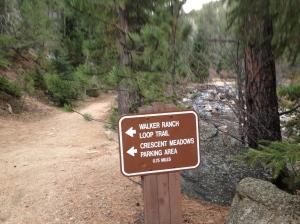 We walked along the South Boulder creek for a bit as we began the final climb back to the trailhead & parking lot.

We had cloudy weather but it is a pretty exposed trail so on the those sunny days remember to protect yourself from the sun.  We really liked it for the down>up and then down>up again, it was a great leg workout for the second weekend in a row.  I have read in better weather it is pretty crowded and mostly with bikers which could get annoying, although they were all very nice to us.

Directions:  From Denver, take 36 west towards Boulder, Exit at Baseline and take it west( left at the bottom of the ramp) Past Chautauqua park and as baseline starts to climb it turns into Flagstaff Road.  Stay  on it for about 8 miles, the South Boulder  Creek Trailhead ( Walker Ranch Loop Trailhead) is clearly marked on the left, at a sharp bend in the road.  A short dirt road leads to the parking lot.  I did get a little confused by a sign and wrong trailhead on the right shortly before this but it was a pretty nice score as we caught a herd of deer not inclined to move as we drove slowly by: 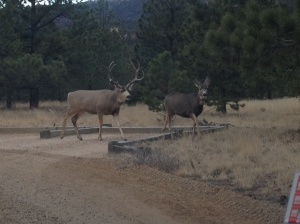 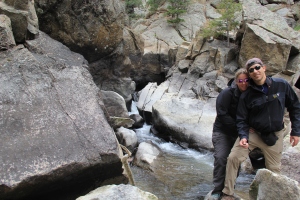 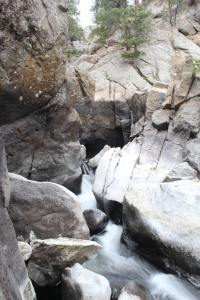 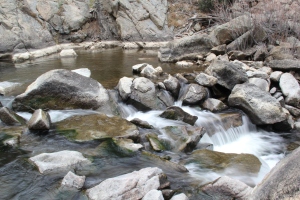 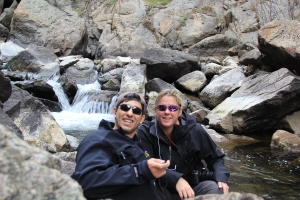